Camp Gordon Johnston WWII Museum in Carrabelle is presenting two special exhibits in the month of December. The focus of one exhibit will be on commemorating Pearl Harbor and remembering Christmas During the War. These exhibits open Tuesday, December 1 at 11 am and will be on display at the museum until December 31, 2020 at 5 pm.  The museum is open every Tuesday through Saturday from 11 am to 5 pm and there is no charge for admission.

World War II came home for the United States on December 7, 1941, when the Empire of Japan attacked the American base at Pearl Harbor in Hawaii. Starting December 1, the Camp Gordon Johnston Museum will present an exhibit commemorating this dark day in America’s history.

Americans learned to do with less during the years they were fully engaged in fighting World War II. That had a significant impact on how Christmas was celebrated. The Camp Gordon Johnston Museum will present a variety of displays explaining how rationing changed toys, food and decorations during the war. 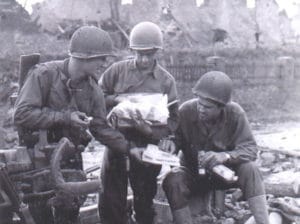